Words, images and a passion for clear communication have given focus to my professional life. The written word has been one of the most powerful driving forces in my evolution as an individual. Writing has helped me grow intellectually and experience an exciting sense of purpose and personal reward.

I’ve written informational material, fiction, poetry and screenplays. The books you will find on this page reflect a part of that portfolio of work. These books and others are available at Amazon.com and other outlets.

Business managers are victims of an age-old, very damaging ailment. It’s called the Us and Them Syndrome and although we think of it as an attitude problem, in many ways it’s like a communication “disease” that infects businesses at virtually all levels.

Management and hourly will never see eye-to-eye, right? Many hourly people and supervisors think executive managers spend their time with their feet up on a desk, pulling shenanigans in the ivory tower. And if you happen to reside in the ivory tower, you probably believe those hourly people and front-line supervisors just can’t be told the whole truth. They have no sense of the broad perspective that senior managers use to guide an organization. Sound about right? Us…and them.

Because of this syndrome senior management teams expend an enormous amount of time and energy working through productivity, safety, turnover and other employee problems.

Well, here’s the good news. The Us and Them Syndrome is not a given. It can be “treated”. The companies who make it their business to do so and “get well” find themselves at a tremendous advantage on the business playing field. While their competitors trudge along in the mistaken belief that us and them just comes with the territory, these newly energized companies experience a greatly improved commitment to company goals and an increased understanding on everyone’s part of what it takes to be successful in business. 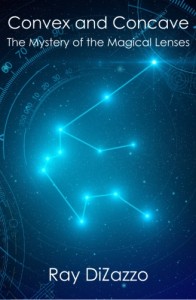 Sarah and Lauren. Two identical twin girls with opposite personalities. Their mother has died years earlier and their father is a telescope maker and stargazer. On the night of the girls’ eleventh birthday, Dad invites a special visitor to their backyard viewing deck. An odd but likable woman, Mrs. Olsen brings two amazing gifts – glowing, magical lenses. And just how are they magical? With a little practice, they allow the girls to experience and understand each other’s points of view! So begins a lifelong journey in which the girls discover what their mother had hoped to pass on to them – the ability to lead happy, rewarding lives through the gifts of empathy and balance. 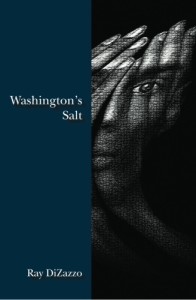 Gourmet food critics Norm and Jane Miles are just back from the Cayman Islands and enjoying a holiday weekend at their mountain cabin.

In the midst of a powerful nighttime snowstorm, they begin experiencing bizarre hallucinations. Meanwhile, their daughter, Kelly, and her cocaine addicted boyfriend, Eric, are en route to the cabin, and chemistry professor Carl Maddy, a close family friend, is analyzing a small amount of a spice called “Washington’s Salt”, which Norm and Jane brought back from the Caymans. What Kelly and her boyfriend find when they reach the cabin is horrifying, and what Maddy discovers under his microscope sends him on a frantic, midnight motorcycle ride in an attempt to save his friends’ sanity.

A top secret astronaut team is sent to the backside of the moon. Their mission? Destroy the first man-made organism, a horse-like creature named Moonmare.

With only a scribbled note telling of his sudden departure, one astronaut’s fiancée is drawn into a personal nightmare of anxiety, terror and intense psychiatric sessions.

Meanwhile, the Vice President, intent on erasing all evidence of his involvement in the Moonmare project, orders the murder of her creator and plans a nuclear explosion that will vaporize Moonmare, the astronauts and all traces of his failed endeavor. 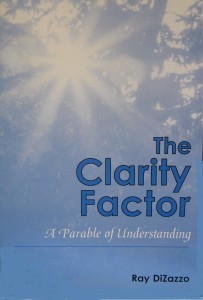 Ever wonder what it would be like to peer into someone’s mind and see how they perceive you as you speak to them?

If you’re a boss, for instance, how is that employee viewing you when you nonchalantly utter, “By the way, I need your report on my desk by Friday morning.” Or, as a parent, what do your kids envision when you look down wearing your sternest poker-face and declare, “No staying out till midnight – period.” And what about your spouse? What kind of mental images do you conjure up in his or her mind with, “Look, I’ve had it with these continual arguments!”

Impossible to see inside someone else’s head, you say?  Not so fast.

For Gloria Donavan, a frustrated supervisor, wife and mother, an unexpected communication surprise is in the making…

An alarming call from their estranged son sends Sam and Alice Waltrick on a journey to Africa. Following an ominous set of instructions, the couple ends up drugged, stripped of all connection to the modern world and left in a remote jungle clearing.  Before them, an ancient, natural bridge spanning a thundering torrent. Surrounding them, a pristine, untouched wilderness.  This, they realize, is where their journey begins.

And what they soon discover defies all logic. But is it real? Are they on the verge of uncovering answers to the most profound questions about Man’s origin and his relationship to God?  Or is the experience a secret, carefully planned cult initiation – a series of hallucinatory visions brought on by the spoors of a rare African flower? Confronting these questions, as they return home, threatens to tear their family apart.

The couple is stunned yet again when they realize their initial discoveries have just scratched the surface of an astonishing and timeless mystery, and the final truths can be only revealed by one person – their severely retarded 19 year old son!